The Ultimate Guide to Food Processing and Processed Foods 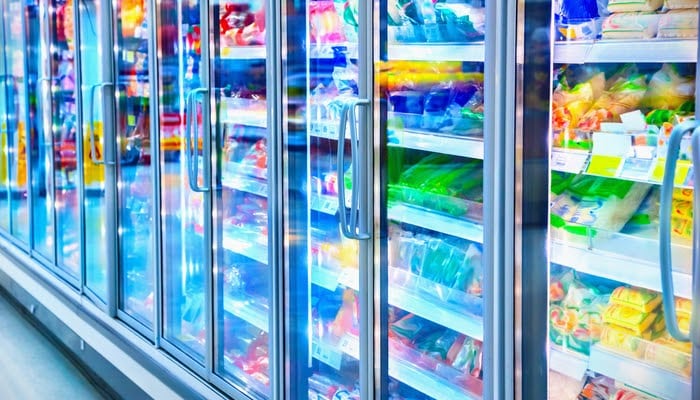 Food processing equipment represents an umbrella term that covers numerous machines, components, and systems used to cook, handle, prepare, preserve, package, and store different types of processed foods. In the majority of cases, food processing equipment is used to increase the palatability and digestibility of foods as well as extend their shelf life.

In the past several decades, there have been numerous technological advancements made in the food processing industry. Coupled with the increase in demand, the industry is expected to grow even further. In this ultimate guide, we will be taking a closer look at processed food and the technology used to produce and handle it.

What Are Processed Foods?

In its most encompassing definition, processed food is pretty much everything that needs to undergo some process before being consumed. In other words, everything from bread, cheese, breakfast cereals, canned foods, frozen fruits and vegetables, peanut butter, dried fruits, cold cuts, frozen meals, and everything else in between can be classified as processed food. Even though processed foods are commonly associated with obesity, heart disease, diabetes, or other health issues, the reality is somewhat different. In many cases, in fact, food processing will increase food safety. Milk, for instance, needs to be pasteurized (a heat processing treatment) to remove any harmful bacteria. Other foods will require some degree of processing before they can even become suitable for consumption.

However, heavily-processed foods will often contain high levels of salt, sugar, and trans fats. These types of ultra-processed foods make up around 58% of all calories and 90% of all added sugars in the typical American diet. That said, avoiding all processed foods is next to impossible, especially for those that don’t grow their own food. While many processed foods have various ingredients added into their composition, such as oils, sweeteners, coloring agents, and preservatives, many are also fortified with nutrients like dietary fiber, vitamins, and minerals.

There are numerous benefits to be had from processed foods. Among these, we can include increased preservation, toxin removal, better food consistency, taste, and more. Also, food processing allows for the transportation of highly perishable foods over greater distances by deactivating enzymes or pathogenic microorganisms that will lead to spoilage. When they first became available, processed foods helped alleviate food shortages and improve the nutrition levels of people in different parts of the world.

Processed foods also made it possible to reduce foodborne illnesses and dangerous pathogens that can sometimes be found in raw foods. Today’s food variety is also only possible thanks to food processing. Transporting various exotic fruits, vegetables, and other foods is only possible due to the increased preservation methods during processing. It should also be mentioned that food processing has also greatly increased the taste of today’s food compared to what people used to eat in the past.

The primary purpose behind food processing has been to transform various agricultural products into edible food. One such example is turning otherwise inedible wheat grain into raw flour. More complex industrial food processing methods will also transform one type of food product into another, such as the case for raw meat into sausages or sunflower seeds into sunflower oil. Some processing methods will also play an essential role in boosting food preservation and reducing food waste, increasing food security, and lowering agriculture’s overall impact on the environment.

As such, processed foods don’t only include high-processed foods like snack foods and TV dinners. They include all different types of food that have undergone some form of change during their preparation. Even something as basic as freezing, baking, drying, smoking, salting, or canning can be included under the umbrella term of food processing. There are also different levels of processing food, which range from minimally processed to heavily processed foods.

During the primary stage of processing, food manufacturers will turn various agricultural products such as wheat or corn kernels into ingredients that can be used for further processing, such as flour or maize. Numerous processes fall within this category, such as drying, shelling, milling, threshing, and more. Canning fruits and vegetables, deboning and cutting meat, candling eggs, pasteurizing milk are also processes that fall in the initial stages of food processing.

The secondary stage is about turning ready-to-use ingredients, typically developed during the first stage, into edible food. Cooking is a typical example that falls in this category. Bread baking, cheese or sausage making, beer brewing, or winemaking are also examples of second-stage food processing. The third stage of food processing includes ultra-processed foods containing additional ingredients such as coloring and preservative agents, additional salt, sugar, and fats, and even fortified with extra nutrients in dietary fiber, vitamins, and minerals.

When considering the food processing production cycle, the equipment used can be classified based on the specific functions and individual unit operations that they will perform. Like, for example, during the preparation stage, one of the main functions is to prepare the food material for further processing. And among the unit operations performed during this stage include processes such as washing or separating. That said, the food processing production cycle can be broken down into Preparation, Mechanical Processing, Heat Processing, Preservation, Packaging, and Material handling.

During the preparation stage, part of the food processing production cycle, manufacturers will prepare raw food materials for further processing. The most common food processing techniques used during the preparation stage will include the separation of desirable material from undesirable or low-quality materials. In doing so, food manufacturers will be able to consistently produce high-quality food, and remove any foreign matter and contaminants that could degrade or damage the final product or equipment. Neglecting this step can also result in various food-borne illnesses.

The mechanical food processing stage is about changing the food matter’s general physical form. This means that it will reduce, enlarge, or homogenize the initial raw food material into a different one. This stage will help improve the effectiveness of future processes, and increase the quality and edibility of the final product. It will also allow for a greater range of food products to be made. The typical food technology and equipment used during this stage include roll crushers, attrition mills, band saws for size reduction, screw extruders, high-speed agitators for size enlargement, and high shear mixers, colloid mills, and emulsifiers for homogenization.

Various heat treatments can cause physical, chemical, biological, and biochemical changes to the resulting food product. These changes will not only affect the resulting nutritional quality by altering the chemical structure and enhancing the taste, but it can also increase its preservation by destroying pathogenic microorganisms or inhibiting various enzymes that cause spoilage. Baking and roasting equipment include various ovens suitable for bread, cracker, biscuit, or other flour-based products. When it comes to blanching, steam and heated water will clean, soften, and improve the overall quality. For dehydration, vacuum or freeze dryers need to be used.

Pasteurization is another process that’s included in this stage. It’s about exposing the food material under medium heat temperatures of between 158 and 212°F, which will inactivate most enzymes and microorganisms that can cause spoilage or food-borne illnesses. Pasteurization will also help increase certain food products’ shelf-life without affecting the quality and other such characteristics. Beer, wine, dairy, fruits, and vegetables, among other products, can be pasteurized with continuous flow or in-container pasteurizers. Plate heat exchangers or concentric tube heat exchangers are also used to pasteurize various food products.

In some cases, heat processing may not be applicable or enough to ensure the desired level of preservation for certain foods. In this case, other processed food technology needs to be used. Various other preservation methods are capable of destroying microorganisms or inhibiting enzymes.

For starters, chemical preservation can help inhibit or prevent spoilage. These methods will often change the pH and other nutritional qualities of the food. Using salt, sugar, acids, or smoke are viable chemical preservation techniques for food processing and preservation. Ionizing radiation can also inactivate enzymes and destroy microorganisms, while refrigeration can significantly depress microbial and enzyme processes.

The final stage of food processing is the packaging stage. And since there is a wide range of packaging types such as cans, sealed bags, boxes, jars, bottles, and more, the technologies and equipment used will also vary significantly. Regardless of the exact circumstance, food packaging will serve several purposes: food containment, long-term preservation, better handling, portioning, storing, transportation used, and more.

When it comes to the handling equipment used in the food processing industry, manufacturers have traditionally relied on a wide variety of conveying systems. This type of equipment is generally used to move food material through the food processing facility, from one station to the next, all the way from preparation to packaging.

As mentioned, there are numerous types of conveyor systems used in the food processing industry. Among these, we can include the following:

A cable and disc conveyor system is self-cleaning, thanks to the wipers that continually clean the tube. Also, a Clean-in-Place (CIP) system can be used, which is a very simple design for cleaning.

Put simply, Cablevey’s Conveyor Systems can move up to 2,000 cubic feet of product per hour in an enclosed tube without the use of air. They also come available in many layouts and enhance food safety by eliminating the risk of product separation, degradation, or cross-contamination.